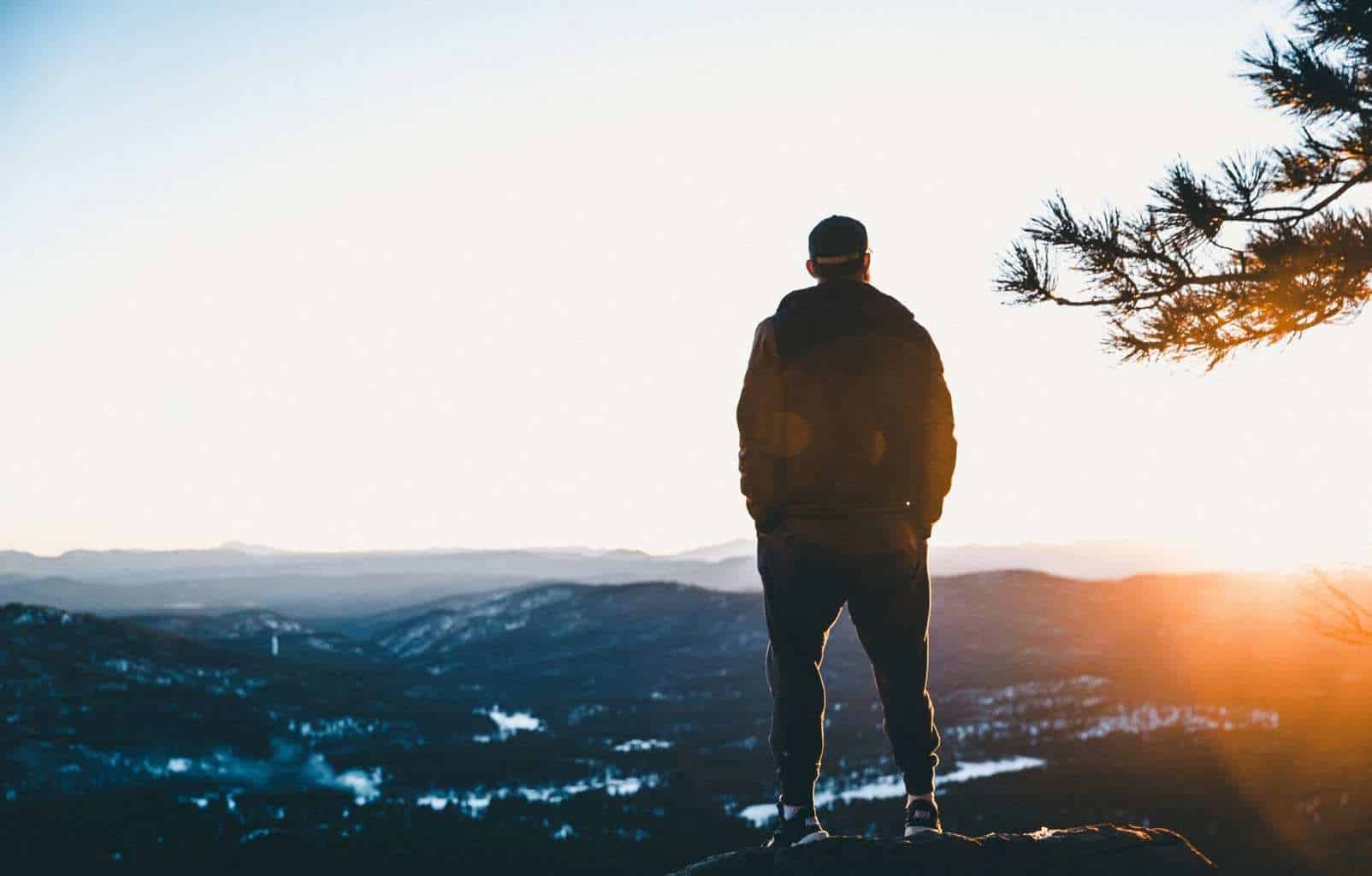 I remember this moment like it was yesterday. Mid July. Sometime past midnight. Driving through Las Vegas in our 1982 Volvo. Though the Volvo is, by my standards, a really fantastic car, it was lacking one essential feature: functional air conditioning. And it was 115 degrees that night.

My wife, Stacia, and I were on our way from Chicago— where we both had lived for the previous 9 or 10 years— to Seattle. And it was a big move.

I’ve come to understand that fear has the ability to lead us to our deepest places of transformation. Fear can help us become the people we were meant to be.

Continue reading below, or listen in here:

Not long before that trip across the country to Seattle, I had been accepted to grad school. After opening the acceptance letter, Stacia and I agreed to sit on the decision for a few days— it seemed like the responsible thing to do. We shouldn’t make such big decisions in haste.

That’s what we said, except a few hours later we touched base and felt that there was only one thing that would keep us from going: fear.

We both wanted the experience. We both knew that a change was needed. We both believed in the possibilities that were in front of us.

But leaving behind everything we knew and going to an unfamiliar place, with no community, no work, no home, and no idea where to start — leaving was scary.

We decided that our fear wasn’t enough to keep us from going. And I’m so glad we listened to our desires and fears.

Moving to Seattle was a part of growing, and growing-up even. We’ve both become more of the people we want to be in the world because of it.

But on the front end, before that big move— there was fear, there was desire, and there was the unknown possibilities.

Fear leads us to our deepest places of transformation. It helps us dig deeper into our identity and find meaning.

Fear points us to the places on the edges of our comfort zone and experience— the places that might be calling to us.

Fear points us to the quests and journeys that are uniquely ours.

It’s easy, and even trendy right now, to talk about fear in a blasé fashion. As if talking about it will actually help you face yours. But fear runs deep, and I want to explore some of the depths of fear in order to help you interact with and use it to your advantage.

Here are a few important ideas to keep in mind:

Fear is about protection.

Fear is a physiological and psychological response to stimuli in our environment— perceived or imagined. It’s controlled by the amygdala, which is the simplest part of the brain that is closest to your spinal cord. It’s sometimes called the lizard brain, or reptilian brain, because it functions most like the brain of a reptile. It’s job is survival, protection— fight or flight. It’s positioned near the spinal chord so that it can be the first responder to our nervous system.

So when you feel fear, this is what’s happening: your body is experiencing something that is perceived as dangerous and trying to get you out of that situation (flight or flight).

This part of the brain also functions pre-consciously. This means that you will feel fear before the rational part of your brain has a chance to respond. In the face of a life threatening situation, your fear short cuts your thoughts in order to protect you.

All of this is a good thing! You need that protection!

The problem is that most fear triggers today are not the kind of things that will harm you. Most things we face and fear in the developed world do not necessitate a fight or flight response.

Your fear response in the face of a charging grizzly bear may save your life.

That same fear response in front of a room as you’re about to pitch something important will cloud your thinking and harm your chances of success.

So when you feel fear, know that your body and brain are trying to protect you from something. But also know that thing that is triggering your fear response may not be as threatening as it feels.

Which brings me to the next truth about fear:

Fear is about stories.

Fear comes from your stories and memories. When you’re experiencing fear of something, it’s usually because you’ve been in a similar place before— and it didn’t go well. Your body is reminding you of the places you’ve been and helping protect you from repeating some hurt or harm.

I love this about fear! This is good and helpful! I love that fear keeps us safe.

To a point, which brings us to the next idea:

The problem with your fear’s protective mechanism is that you’ve grown since the last time you were in these places, and you may not need the same kind of protection you once needed.

We’ve all seen over protective parents who don’t let their kids do things that might be dangerous. Can you picture that father or mother who won’t let their kid go down the big slide at the playground because it’s too dangerous?

With that child and that parent, at one time the big slide was too dangerous. An infant should’t go down a 12 foot slide. But a 7 year old is perfectly capable. The over protective parent is treating the child as if she is still small, when she has grown.

This is the same way your fear interacts with you. You’ve grown, but your fear has not.

That is, until you push through the fear, do the scary thing, and learn that it’s not as bad as your fear makes it out to be.

Teaching your over-protective fear to let down it’s guard a little bit. Re-writing some of the fear stories that prompt it.

So the next time you feel fear. Stay with it. Wonder about it. Why is this thing in front of you so scary? When have you been to similar places? What happened then? What’s the same and what’s different now? How have you grown since then? How much more capable are you today?

Listen to your fear. Become aware of it. Breath into it. Thank it for it’s protection. And when you’re ready, move on in spite of it.

Your fear is your guide. It points you to the edges of your identity and experience. The things you fear the most are the ones that you should consider pursuing. Whether it’s moving across the country to go to grad school, or something completely different.

Let your fear guide you.

More on that next week.  In the mean time, let’s get dig into that fear.