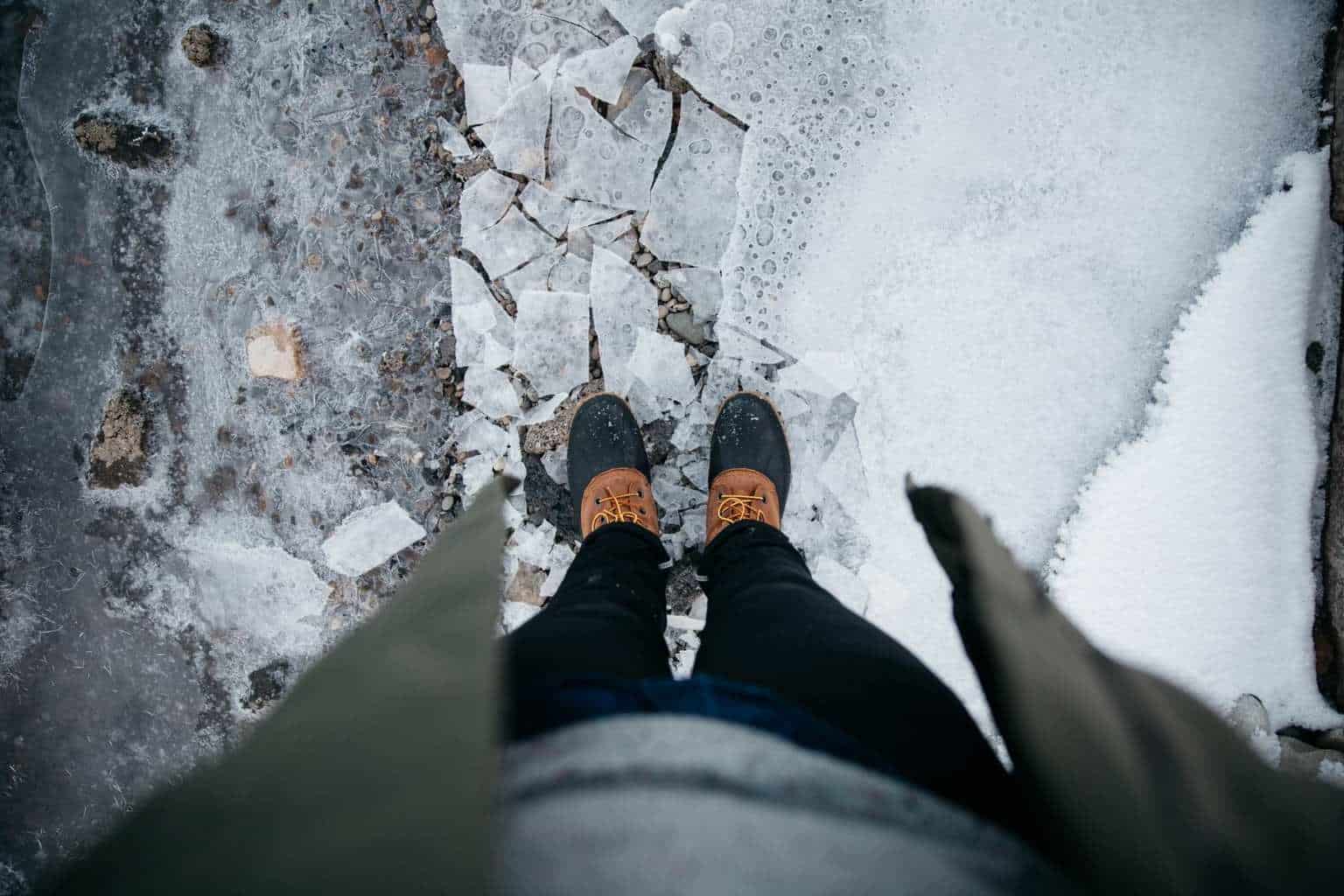 Suspenseful movies aren’t my first choice, but I enjoy a good one now and then.

I remember the first time I saw M. Night Shyamalan’s movie Signs, back in college. In the early 2000’s Shyamalan was a master of suspense. He knew how to use your fear against you. I have no idea what I’d think of the movie today, but I remember being on the edge of my seat. There were these Aliens in the movie that were attacking people. It was really scary!

Until you saw the creature. I remember thinking, “well… that thing is kind of silly looking” And the movie lost its edge.

Up until that point, the monsters were always off screen— leaving their horror up to your imagination.

This is a trick that all good suspense films utilize: if the scary thing is off screen, the viewer’s imagination will inflate and magnify it. When you actually see and experience the thing, it’s not that bad.

Most of the fear we deal with has to do with some version of failure. We have a worst case scenario in our mind and at its worst, our fear makes us feel as though it will happen.

Listen in or continue reading below:

There’s this crazy spiral that can happen: the more desire you have for something— the more you want it to happen — the more intimidating and scary your worst case scenario will be. And then, of course, the more your fear will remind you of it and try to convince you that you’ll fail.

You care about it, so it hurts to imagine failure.

It’s easy to let the pain, shame, discomfort, and embarrassment that you imagine as you think about your worst case scenario. That’s what your fear wants.

But the truth is that the disaster you anticipate is less painful than you imagine it to be.

Just like watching a movie, as soon as you actually experience the thing, you realize it’s not nearly as bad as you thought.

I’ve had this experience with needles and getting shots. I really don’t like needles. And I can tense up when I need to get my blood drawn. I start to sweat and grip the arms of my chair. But usually the needle prick happens and I barely feel it.

It’s so much less painful that I anticipated.

A friend of mine is a very talented actor. He’ll get on the stage with any set of instructions and the makings of a character and bring a story to life. I’ve had that chance to see him perform on stage in numerous productions. I know him well, both on stage and off. And though there are many things that contribute to his acting skills, there’s one that is essential. He’s so comfortable laughing at himself.

When he gets on stage he doesn’t hold back. And I’ve realized how he can do that— he’s failed so many times that he’s not afraid of what might happen on stage. He’s experienced what many would consider the worst case scenario, and he knows it not that bad.

This isn’t to say that he doesn’t get anxious and feel fear before big productions, but because he’s experienced enough failures and missteps in rehearsals and productions — he knows they’re not terminal.

Failure isn’t the worst possible outcome anymore. Forgetting lines. Tripping. Missing cues. Singing off pitch. Having an “off night”. He’s done all of it. And because he’s done it, he’s discovered that none of it is terminal.

We are all going to fail. We’re going to throw ourselves into our work and land flat on our faces. We’ll put ourselves on the line and come up empty-handed.

Our fear wants us to believe that experience is irreparable. When that’s usually not true.

The only way to do work that matters is to fail. And to fail often.

I would go so far as to say, the sooner you fail the better. Once you fail you can learn from your attempt, and try something new. You learn so many things from failure, not the least of which is that failure (much like the monster off-screen) isn’t as bad as you thought.

How You Learn from Failure

A few years ago I had a conversation with a someone who was interested in writing. I told him he needed to do it. I told him to get started. If he wants to write a book, he should write it.

He responded by telling me that he’s not ready. He said, “You know, you only get one shot at something like that.”

His comment has stuck with me— because it’s not true. You get as many shots as you have the time and energy to take!

Brené Brown, who is amazing — you should read all of her books, in her book Rising Strong talks about the process of coming back after a failure. She tells the story of her first book, which didn’t do very well. It quickly went out of print, which was a tremendous disappointment.

But here’s the thing, none of us would ever know that Brené Brown’s first book wasn’t a hit. She’s written so many great books since!

No one remembers or pays close enough attention.

SO you can listen to your fear, like that acquaintance of mine did and never write something that matters. Or you can take the courageous approach and write, even though there’s a chance it won’t be well received!

And if it flops, good! You know how to write a book, and you can do it again— but this time better.

Fear of Failure is Always Present

What would you attempt if you knew you’d fail?

A popular question that gets asked of people who are looking for what’s next in their life and work is, “What would you attempt if you knew you wouldn’t fail?”

The question tries to remove fear from the equation to see if it frees people up. But I don’t find it very helpful. A more helpful question would be the opposite, “what would you attempt if you knew you’d fail?”

What matters enough to you to do, even though you know it won’t work? What problem do you believe needs to be solved so deeply that a failed attempt at a solution is better than no solution?

Jim Carey gave a commencement speech in 2014, in which he spoke about failure. He said,

“My father could have been a great comedian, but he didn’t believe that was possible for him, and so he made a conservative choice. Instead, he got a safe job as an accountant, and when I was 12 years old, he was let go from that safe job and our family had to do whatever we could to survive.

I learned many great lessons from my father, not the least of which was that you can fail at what you don’t want, so you might as well take a chance on doing what you love.”

The truth is that failure is inevitable. The question is not how do you avoid failure, but how can you fail on your terms? How can you fail in the pursuit of something that matters?

Your fear will push you toward safety and away from the places you most desire to go. The twist ending is that safety itself is its own kind of failure.

Don’t let fear take you there.

Like the monster off screen, your worst case scenario is not as bad as it seems.