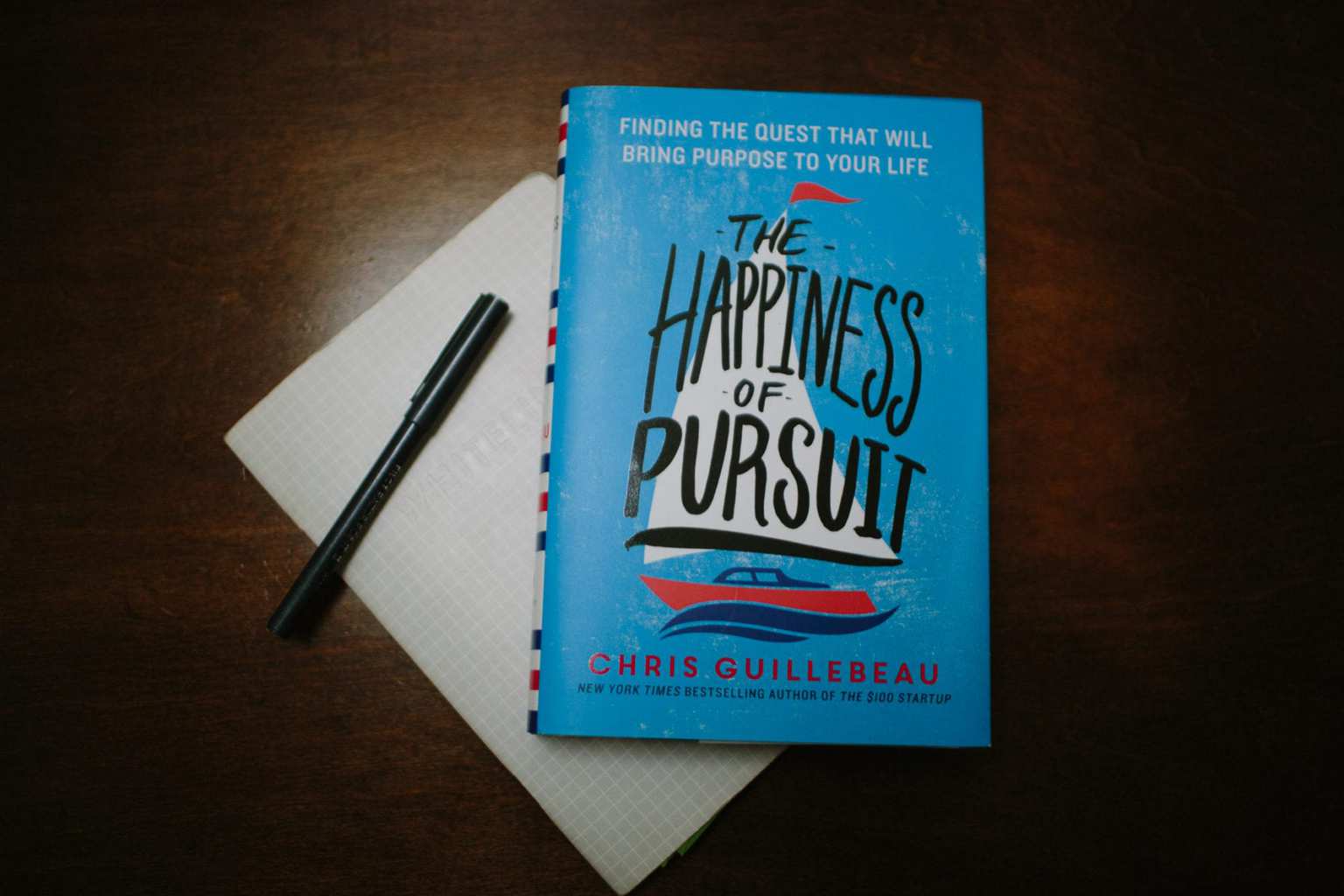 Chris Guillebeau knows a lot about doing big and hard things. For the past 12 years he was on a quest to visit all 193 countries in the world, and to do it before his 35th birthday. After years of planning, traveling, more planning, more travels, and many surprises and mishaps along the way, he achieved his goal earlier this year.

It’s simple enough for me to offer Chris a congratulatory pat on the back for his achievements and move on, but I’d like to make sure we let this sink in.

This took twelve years. There are few things that I’ve pursued for that long. Add in the difficulties and obstacles along the way: logistics, travel costs, time, and politics — and it’s truly unbelievable.

All of this is why Chris is the perfect person to write about large undertakings in his most recent New York Times Best Seller: The Happiness of Pursuit. You may have seen his book on my recommended reading list. It’s a fun and fantastic read for anyone and everyone who wants to do something big in life.

I had the chance to pick Chris’s brain about his book and doing big things.

A Interview with Chris Guillebeau, author of The Pursuit of Happiness

Your book is subtitled, “Finding the Quest that Will Bring Purpose To Your Life.” For those who haven’t read the book, what is a Quest in brief?

A quest is a long-term pursuit with a clear goal or destination. There are milestones and stages along the way. There’s also a lot of challenge, because a quest should never be too easy. Lastly, there’s usually an element of change or transformation that occurs during the journey.

You completed your epic quest last year— visiting every country in the world before your 35th birthday (roughly 2002-2014).  I’m sure it was incredibly transformational, but it’s also a crazy huge undertaking. Why did you do it?

At first I began because I loved travel and I loved goal-setting. I put the two together and came up with a big challenge: visit every country (193/193) with no exceptions. It was a crazy idea that wouldn’t leave me alone. Finally I realized that if I didn’t pursue it, I would always regret it.

Along the way, though, the motivations became a bit deeper. I gained confidence throughout the journey just as I learned about the world. In the end, the quest made me a better person.

Your writing and projects (see The Art of Non-Conformity, Unconventional Guides, The World Domination Summit, and Pioneer Nation) inspire and help countless people to do work and life on their own terms.  How do you see your quests as a part of that work?

Thanks for saying that. As much as possible, I try to create convergence in everything I do. I enjoy traveling and writing and starting businesses and connecting with people in various forms. I don’t see these things as distinct activities, in other words. Hopefully they all work together, or at least that’s the goal.

When did you first start thinking about Quests as a category?

It probably wasn’t until I approached the end of the journey. Along the way I’d met countless people who were also pursuing quests and adventures, and finally it dawned on me that I should try to unpack their lessons.

Then, in the final two years, we began a comprehensive research project (much like we did for The $100 Startup) where we actively sought out other “questers” who had all chosen to focus on a long-term pursuit or adventure.

Long term quests like these are incredibly hard.  You tell stories of people walking all over the world, knitting 10,000 hats, publishing 1 million photos, and (of course) traveling to every country.  All great quests seem to include difficult challenges that test you (which feels connected to the transformational aspect of them).  How do you know when enough is enough and you should just be done vs. pushing though?

Great question. I’m not a fan of saying “never give up,” because there are lots of times when you should give up. Often, giving up on something that isn’t working is exactly what leads to finding something better.

But yes, all great quests involve challenge, and there are also plenty of times when you just need to push through. I think you know the difference by thinking about a) your motivations, and b) the long-term outcome. Are you still motivated, and do you still believe in the outcome? If so, keep going.

I Love it. If someone likes the idea of taking on a quest but doesn’t know where to start, what would you tell them (in addition to reading your book)?

Thanks for giving us your time, Chris!

If you live in Seattle, I’d love to invite you to join me this Friday (10/24) at Town Hall to spend some time with Chris and hear him share more of what he’s discovered about Quests. Tickets are free. Get them here.

Hope to see you there.