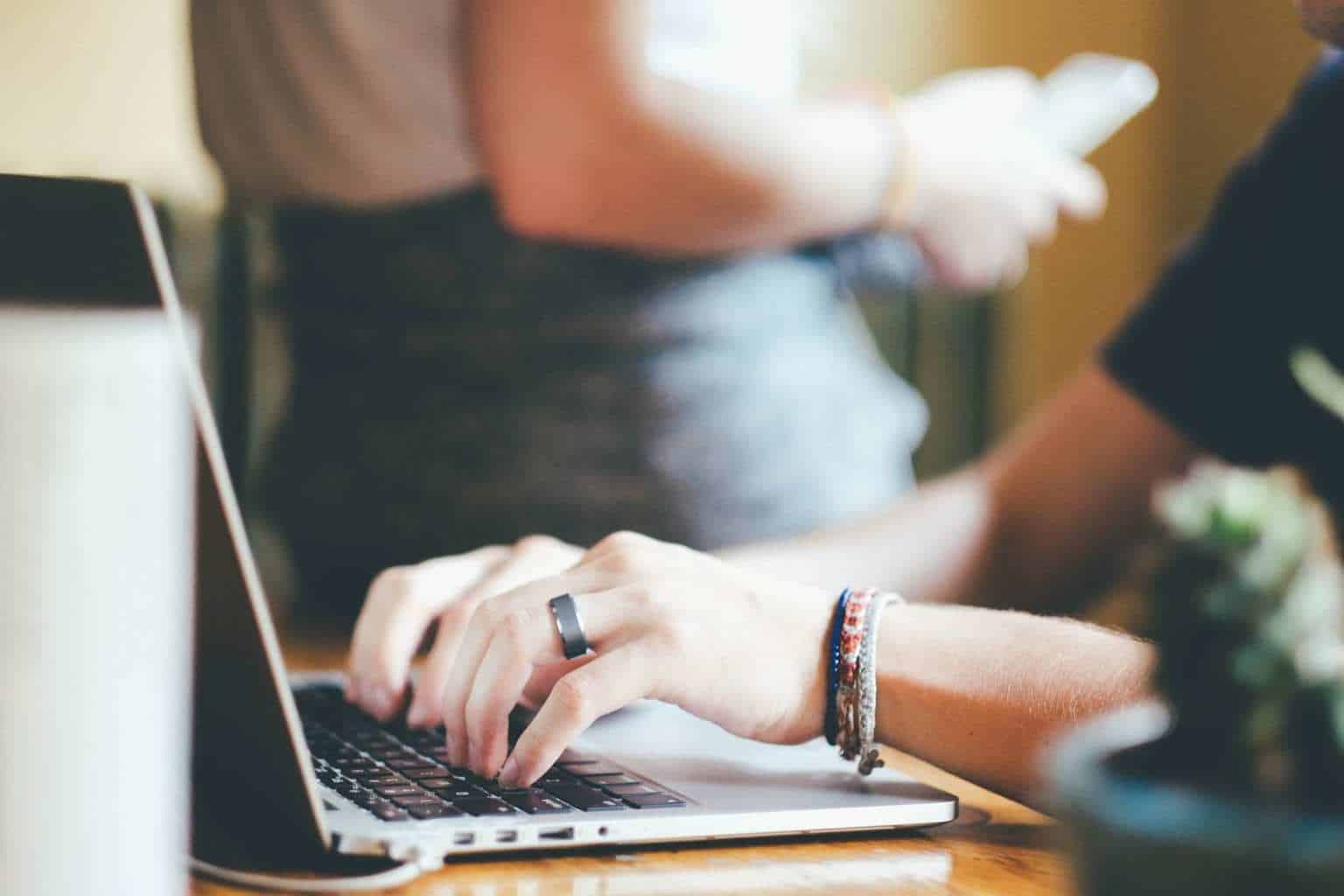 Though that’s easy to say, it’s much more difficult to implement.

No matter what you make, some people will love it and others will hate it (unless you make pizza or cute animal gifs).

I recently got this comment on this blog post (Note: if you’re reading this out loud to your children (do people do that?), language ahead):

“This post is of crap. You wrote this post as a fucking gimmick for people to subscribe. It’s worthless garbage, is this the kind of crap your spew at your so called speaking events?? I would rather stare at a boring wall paper then listen to you bs people”

There’s no way around it. This guy really hates me.

Now, the internet is full of people. Some are nice. Other are not. It’s easy to forget the true power of the internet— it connects people. The operative word there is people. Real flesh and blood human beings, with brains, and hearts, and lots of feelings.

Yes, there might be a screen between me and you, and I might be writing this in a room by myself, but I know that it will be read by people. Let’s not forget that you and I both are real people, and real people don’t deserve to be called names and cussed out.

I’d love to say that when comments like this come in, I let them roll off my back and don’t give them the time of day. But that would be a lie. I try to ignore it. I try to move on. But I found myself going back to that post and wondering if I really screwed up somewhere.

As with everything I make, I’m always asking is this helpful? If it’s not, it doesn’t get published. I don’t have the time to waste reading pithy blog posts, so I assume you don’t either. If you’re kind enough to give me a few moments of your day, I’m going to do my best to deliver value and make it worth it for you.

Having your attention for a moment is a privilege that I intend to use well.

So when this comment came in, I did as any reasonable human would do. I sat and stared at my screen for a full 3 minutes in shock. When I came to, I felt like I needed to see if this comment held any truth.

How to Take Criticism

No matter the avenue through which criticism comes, it can be very challenging to accept. Whether it’s a conversation with a friend or some anonymous person on the internet, you’re going to get negative feedback at some point.

Here are the general guidelines I use to discern how I should receive criticism:

1) Is there truth in it? It’s important, though sometimes very difficult, to find the truth in what a person is saying in their negative feedback. If it’s constructive criticism, there will be something for you to learn. Find the truth in their words.

2) Is it affirmed by others? Take the negative feedback to other people and ask them to help you find the truth. Others may be able to shed more light on the situation or allow you to see things from a new and different angle. They can help you parse out what’s true and what may not be true.

3) Is the source credible? If the criticism comes from someone who has an investment in your work or life, it bears much more weight than that of someone who has no stakes in the conversation. The more credible a source is, the more important it is to seek out the truth they’re offering and apply it.

4) What are the source’s motives? Why is this person sharing this with you? Are they hoping to help you or are they venting some of their own frustration? Some criticism is about you and your work. Other criticism is about taking something out on others. Try to understand why the other person is sharing what she/he is sharing in order to help you know how to respond to it.

5) What can I learn here? No matter the source or motives, it’s always good to wonder what you can learn. It can be easy to dismiss hard feedback, but it’s only through hearing the hard words that we can grow.

With these ideas in mind, here’s the process I went through:

1) Is there truth in it? I re-visited the “BS” post in question and asked myself if it’s helpful. I remembered that I wrote it because people often have a hard time knowing what to do to take action right now. Some Meaning Movement posts are more theoretical and less actionable. That post was intended to help you find something to do right now if you’re looking for it.

2) Is it affirmed by others? Next, I looked at the social proof and asked, “did it get shares and comments?”. I wanted to see if there was any affirmation one way or another. It would have been one thing if this post hadn’t gotten positive attention on social media, but it had— which leads me to believe there’s some value there.

I also recall that I didn’t get any critique from you, the community, when I published it. I trust you as active members of the Meaning Movement community to hold me accountable to writing helpful material. Sure, I don’t hit home runs all the time, but I’d hope that if I publish something that is as bad as this person claimed, one of you would let me know (you would, wouldn’t you?).

3) Is the source credible? Next, I looked at the source. I wanted to see who it was and email the person back. I thought I could ask why they felt so affronted by that post in particular and if they had tried any of the things I suggested (my guess is they hadn’t). Unfortunately they had used a fake email address.

Since this person didn’t have the courage to give me a real email address and instead decided to hide anonymously in internet land, I can’t count them or their words as credible. Should this comment have come from a reader who I’ve seen on my list and even exchanged emails with, I would have loved to have a respectful dialogue to help me learn how to do better.

4) What are the source’s motives? I’m not totally sure here, but I don’t think they were positive or helpful. I think the comment was more about saying something hurtful than it was about being helpful.

5) What can I learn here? It’d be easy to write this off, but I do think there are things to be learned. For one, I’ve thought a lot about how to take negative feedback and how to deal with it (hence this post). Second, I’m learning not to take comments like this too personally. Third, I have wondered how to better explain why I posted that blog post (or will post others in the future)— though I doubt it would have been helpful to this person.

My conclusion in this case is that this person wasn’t interested in helping, only hurting. He or she was frustrated about something that had little to do with me.

And that’s not the kind of criticism that you can learn much from.

The internet is an amazing tool. It gives anyone with a device the power to connect to anyone else in the world. I can create something that has the potential to be read by millions of people. I can send a tweet to celebrities and CEOs and they’ll actually read it. I can help exponentially more people than I’d ever be able to offline.

That’s incredible to me.

And as with all forms of power, you can use if for good or evil.

Thankfully, at this point in my online career, I’ve only had a handful of these kinds of comments. I know there are some who have dealt with much worse internet trolling and bullying. This American Life featured an amazing and moving story about the writer Lindy West and a particularly harsh internet troll that she ended up having a conversation with. It’s a powerful story. You can find it here. My experience with trolls pales in comparison to what others have faced.

The internet is a multiplier. It multiplies the goodness that you can offer and the harm that can be done.

When you receive criticism and negative feedback there’s a needed balance. Don’t write it off, but also be careful not to let it bring you down too much. Work to find the truth. When you don’t understand, ask for clarification.

And when you feel like saying nasty things on the internet, don’t. Let’s make the internet more human. Let’s have more heart.

PS- I’m helping you face your fears and do great things in the month of February (and beyond!). Join for free at FearlessFebruary.com