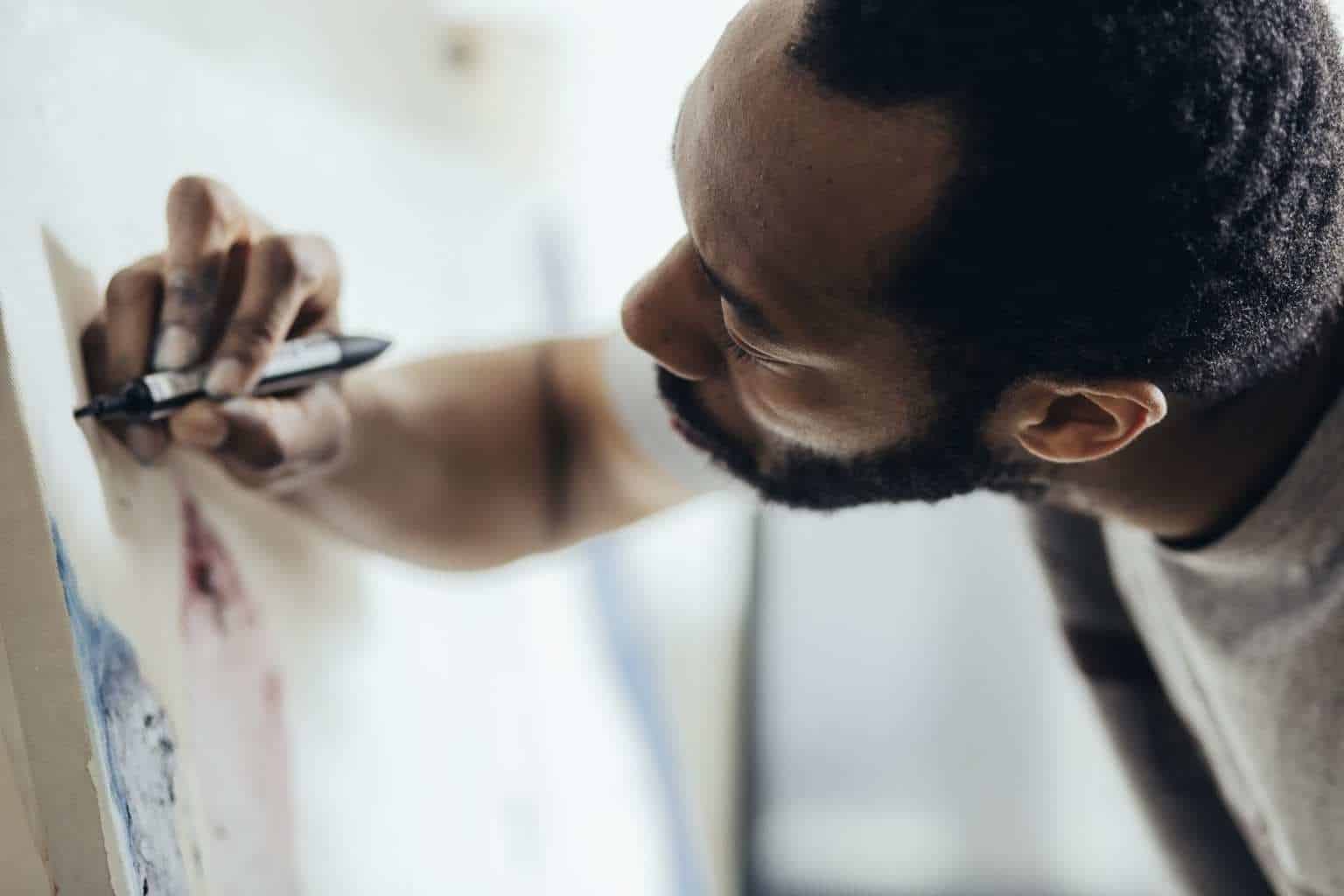 I was a part of a forum of writers and bloggers.  It was one of the first times I’ve talked about the craft of writing and blogging in public.

Turns out I have a lot to say! (You may not be as surprised as I am about that 😉 )

I wanted to share my four best writing tips that I shared on that day.


A note to non-writers:

While this is about “writing”, it’s not only about writing.

It’s about making something that matters and dedicating yourself to making it.  Before you decide whether or not this is helpful for you, give it a read and think about how it may apply to you, your craft, and your life’s work.

1) Commit to A Process and Routine

A writer writes. So if you are a writer, or you want to be a writer, then you have to write.

As with any creative endeavor, you can’t only wait for inspiration to strike.  It’s not consistent or trustworthy.  You have to work at it.

We like to romanticize the creative endeavors.  I can fantasize all day about the perfect writing retreat or best tools and setup.  I also imagine my favorite writers working with ease, grace, and poise.

But the more I write and the more I hear others talk about writing, the more that image becomes a myth.

Creativity is usually a struggle.  Your favorite writers may spend more hours banging their heads against the wall or writing pages that go straight to the garbage than you can imagine.

So write often.  And put it in your schedule.  Block off time and don’t allow anything to interfere.  Treat it like a standing meeting that you can’t move.

I have three writing blocks a week that are immovable.  Those are my baseline.  I know if I sit down and work during those blocks of time, I’ll get it done.  I will usually write outside of those blocks as well.  It just depends on the week.

You will write a lot of bad stuff, but you will gradually find yourself getting better. You will also find yourself with many pieces and fragments that can be turned into something good down the road.

Right now I have over 100 unpublished blog posts. Why? Because I write a lot. That doesn’t mean that I’m going to use all of them. Some of them are really bad. But others are fantastic. And when I have time to write something having a bad piece to start with is easier than staring at a blank page.

The way you think of yourself affects what you do and how you do it. If you want to be a writer, but don’t see yourself as one, you’ll find it harder to write. You can substitute any word for writer here: athlete, entrepreneur, artist, teacher, pastor, good person, outgoing, etc.

So much of my work is about helping people see their work as part of their identity: aligning what they do with who they are. If you think of yourself as a writer, you’re going to find it easier to write.

When something is a part of your identity, it’s much easier to creates space for it and stick with it.

3) How to Deal with Writers Block

Writers block, in my experience, happens when your desire for your writing is not aligned with who you are and where you are.  It’s when you are telling yourself that what you are saying is not good enough.

In those moments the most productive thing you can do is to stop trying to force yourself to write and instead try to write honestly. Instead of trying to force yourself to write something you don’t want to write, write instead about the fact that you don’t want to write that. Write instead about the stories that are connected to your desires to say something other than what you want to say deep down.

The block is connected to some part of yourself that you are having trouble accepting as true. Maybe you want to write something encouraging, but you’re feeling sad or hurt. Those feelings need to be expressed. But often you’re wanting to hear something else from yourself. This is how a creative block happens.

As I’ve written about before, when I find myself up against a creative block I find it’s helpful to think of my voice as a strong and creative 4 year old. I’m trying to get that 4 year old to play my game: let’s say it’s drawing with crayons. Instead, that 4 year old wants to play with legos. I get blocked by trying to force that little boy to do something he doesn’t want to do. Of course that’s not going to work.

Instead, if I join him in his game and play legos, we’ll begin to collaborate and work together. I’ll find his game to be really fun. I’ll see how clever he is and how funny the things he builds are. Maybe, eventually, I can invite him to color after we’ve played for a while, but more importantly than that— we’ll actually play together, which is the whole point, isn’t it?

I have not finished writing a full length book yet, nor have I been published with a major publisher (yet), but I know some of what it takes to get a contract. It’s not easy.

When people talk about getting a book deal I always have a lot of questions:
I want to know: why is that so important? Why do they need to be published?

If you have something to say (and you do), and you want to say it, then you should start saying it.

Start a blog. Start a podcast. Record a song. Tweet it. Just start doing something.

You were made to make an impact; you don’t have to wait for someone to give you permission to start. [tweet that]

If you want to get published, that’s great, but know that there’s always another way.   The other way often begins with you taking matters into your own hands and risking a little bit more (read this post if you need more inspiration to get you creating).

In the comments, what’s the most helpful advice you’ve received about your craft?  What else would you add?