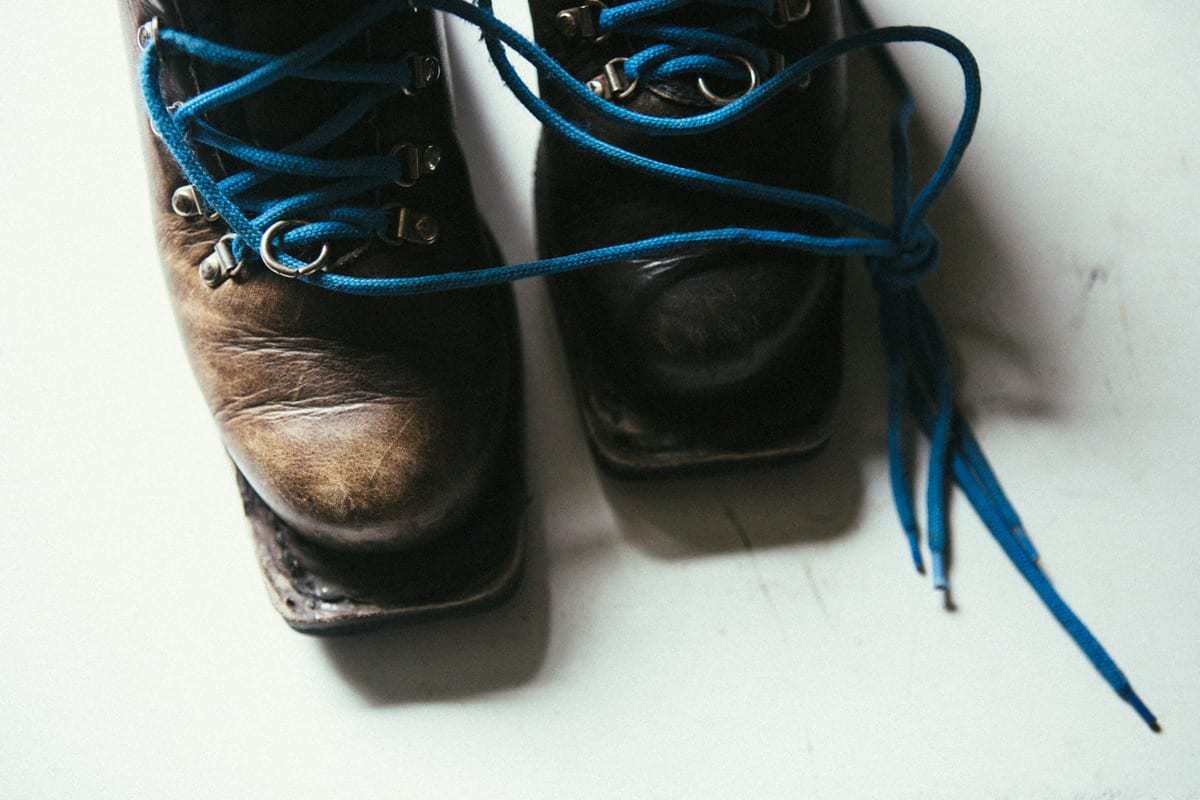 It wasn’t a big surprise to find that an 80’s era cross country ski boot was passed it’s prime. In hindsight, it’s no surprise — the boot looked like a 30 year old gym shoe. It had nice styling but didn’t belong in the world of cross country ski boots. I had purchased the boots without much forethought from a guy on craigslist and never had the chance to use them.

I don’t know how fast it happened or when he first noticed it, but without much warning the sole was almost completely detached from the boot my friend Chad was wearing on his first (and very much anticipated) cross country ski excursion.

We found ourselves in the middle of nowhere with miles of snow between us and our car— too far to walk in socks.

He managed to continue on skiing. Though his stride was severely altered, Chad was able to keep cruising along. He was doing so well in fact, that he chose to do a little extra distance, just for fun.

He was even positive about the whole experience. If I had been in his place, it would have been easy for me to be very frustrated. It was all less than ideal and I don’t know if I would have continued enjoying the adventure of it.

I wonder how often we miss out on the things that we are waiting for and hoping for because they look different than our ideal? How often do we choose not to push into making a meaningful impact because we’d have to start with a less robust version of it?

Can we instead be grateful that we get the chance to do something that matters, even if we only get to experience the tip of that iceburg?

My friend Chad could have left feeling disappointed that his skiing experience was limited by a broken ski boot. Because of that boot, he didn’t get to power up and down hills as fast as possible. He didn’t have long to feel the glide of a solid stride and rhythm.

But he got to ski, and skiing with a broken boot is still skiing.

We often don’t attempt something that matters to us because we can’t fulfill our entire vision for it. We often let the limits of our situation and abilities keep us from the work that really matters.

Sometimes you have to start with a simplified version of your work and your dream. [Tweet that]

Sometimes you have to begin with something that only slightly resembles the work that you want to be a part of. But by starting, you get a small taste of it, and (this is important!) you actually begin. Things can only improve from there.