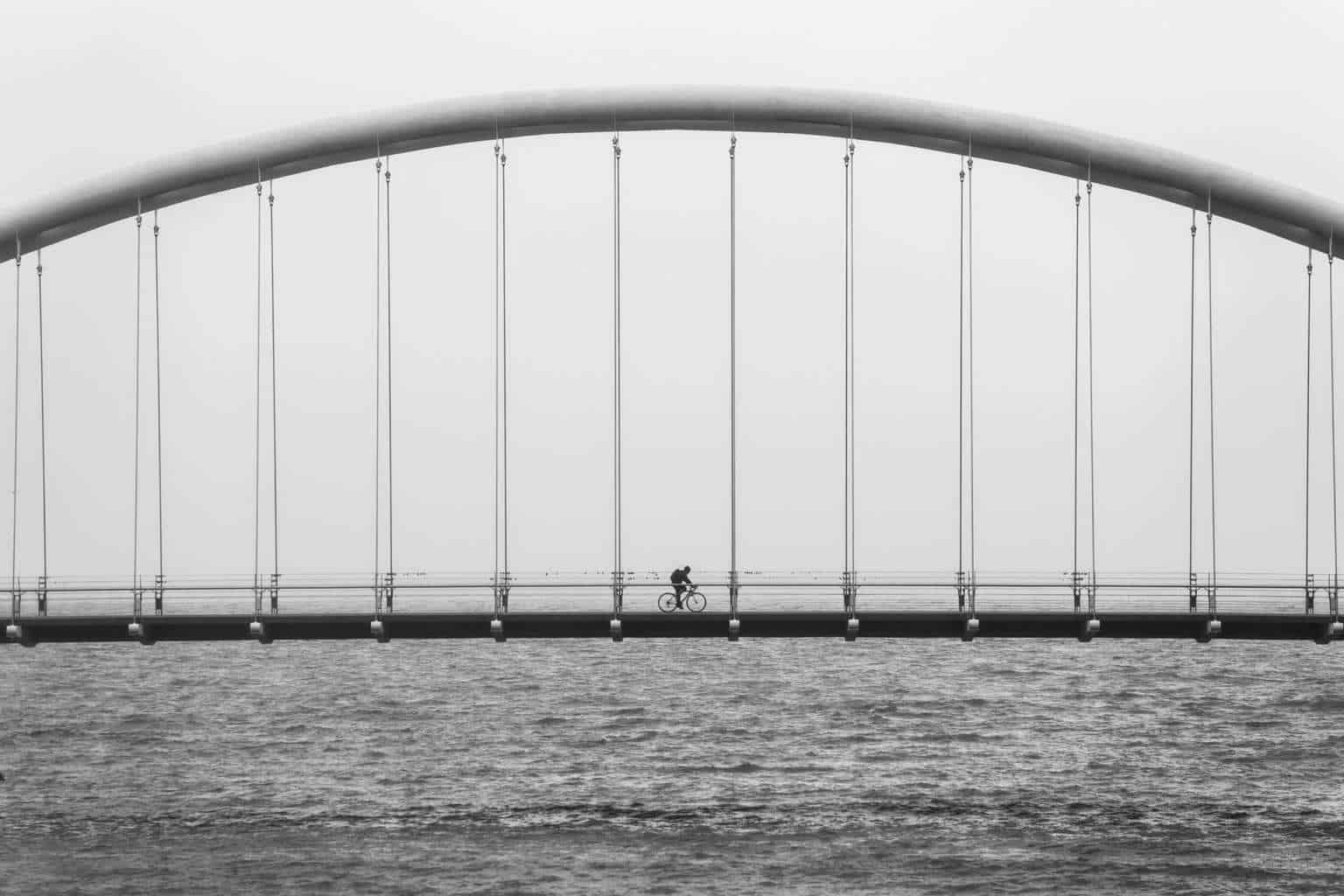 In 2001 Michael Hyatt wrote a book about the importance of internet privacy. The book talks about how marketers, spammers, government agencies, and hackers can use your information against you. Much has changed since 2001, but what has changed most is Michael Hyatt.

Today he’s one of the most successful bloggers around. He’s even written about the importance of writing and how blogging has changed his life and his career.

He’s said himself that he wouldn’t write the book today— not that the content isn’t helpful, but that his view of the internet has changed.  Privacy is not as important to him as it once was. Now he writes to connect and share with people— something he wasn’t doing in 2001.

It’s easy to forget that your life’s work is a work in progress.[tweet that]

Your identity is always growing and changing. Parts of you remain unchanged, while other parts grow and stretch.

Anyone in their early to mid twenties can testify to how quickly these changes takes place. You finish college and go home to your parent’s house to stay in your old bedroom. A room that once reflected so much of who you were now feels foreign. The posters on the walls no longer match who you are. The friends in the high school photos aren’t the ones you hold close today.

It may be less pronounced as you age, but the truth is still there: you’re always growing and changing. [tweet that]

Your life’s work is also a part of your identity. Knowing your work is about knowing yourself and what you find most meaningful— and that will shift and change over time.

END_OF_DOCUMENT_TOKEN_TO_BE_REPLACED 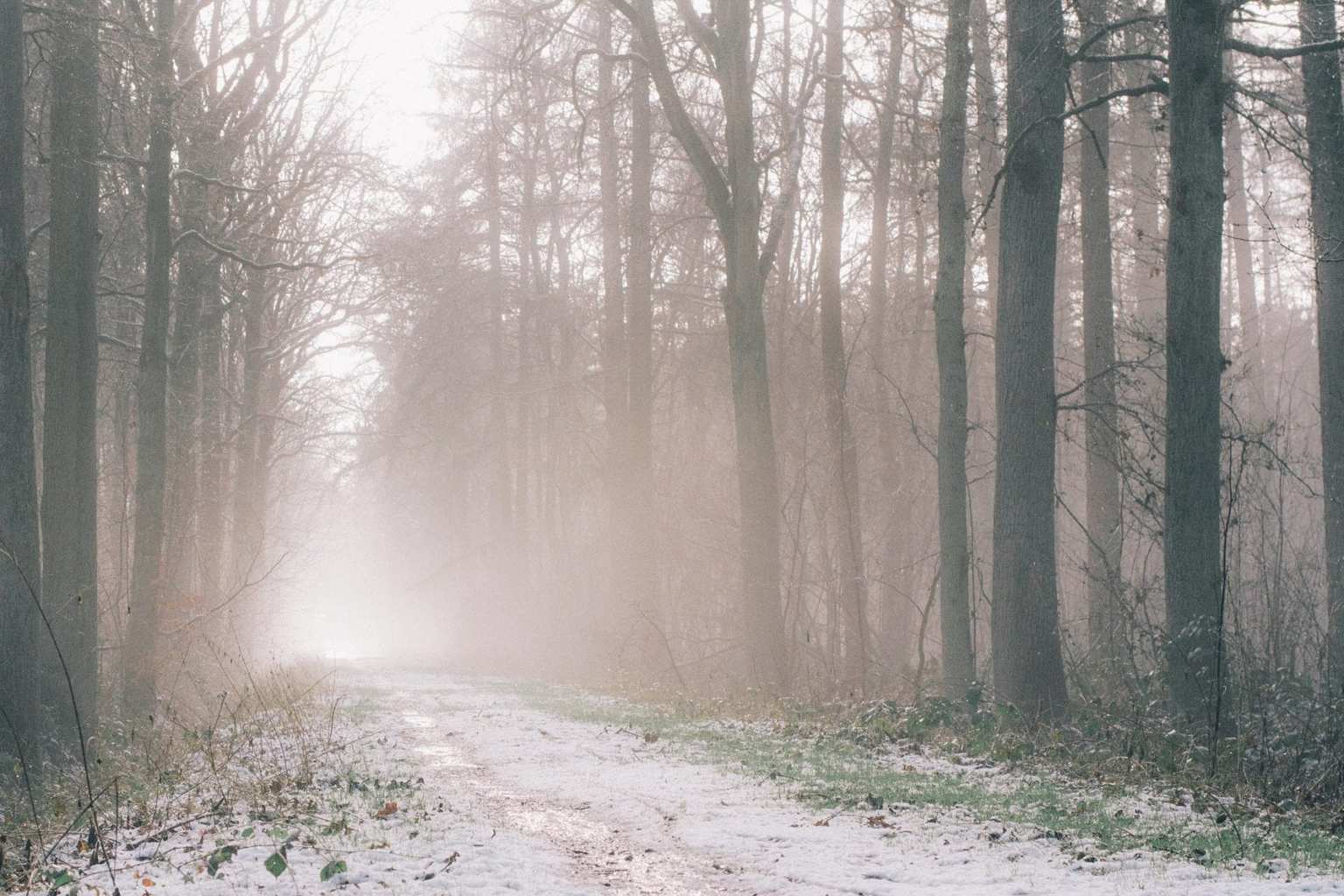 Man. Your hair is way longer right now than you’ll be keeping it in 10 years.

I have a lot to say to you, so get comfortable. You’ll need it, because this might get uncomfortable.

Marry Stacia. That’s the best decision you could ever make. That goes without saying.

That job you’re about to take is almost going to kill you. That’s ok. You’ll survive. And it will teach you something.

The next few years are going to be extremely lonely.

You’re going to make it. But sometimes it’s going to feel like you’re just barely making it.

Go to therapy. Spoiler alert: you’ll decide to go to therapy in a few years, but you should start sooner. I know a guy. I’ll send you his number.

Create things. You’re happiest when you’re creating, and people always seem to benefit from what you create…

Don’t just create things, build a creative habit. You make such great things, but you won’t make great things unless you set aside the time to do it. Inspiration will come from time to time, but most great things are made by sitting down and struggling with them.

END_OF_DOCUMENT_TOKEN_TO_BE_REPLACED 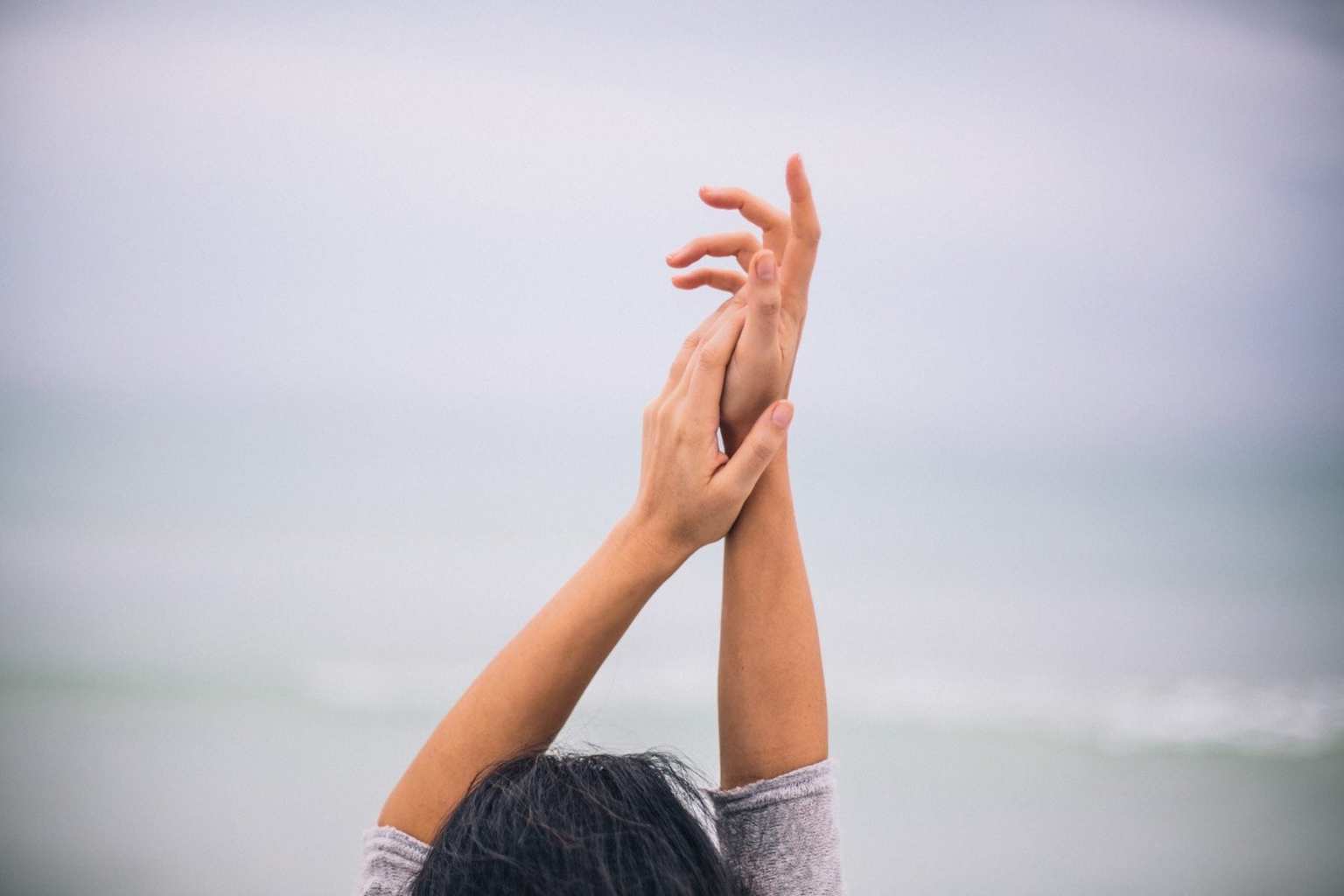 One of the most amazing facts about humans is that our identity is a collection of stories. In essence, we are the stories that we tell about ourselves. The choices we make all flow from that identity and thus, from those stories.

Making the choice to show up in the world in a new way is one half of the struggle. The other half is letting yourself believe that these new stories matter.

Erwin McManus once told a story of a friend of his with whom he plays basketball. This friend typically had a few inches on every other player on the court, yet he didn’t play like he did. This guy could easily shoot over the other teams’ heads if he wanted, but he wouldn’t do it.

McManus talked with him after one of their games and pressed him on why he didn’t take those shots. The friend explained that had never been able to get a clean shot. McManus pressed this, saying that there’s no way the defender could have stopped him. His friend replied by talking about how he was the youngest and smallest of his three brothers. When they played basketball growing up he could never shoot over them. He was small then, and he was still playing like he’s small after all these years.

I love this story because it feels so true in my life. Everyone could see how tall this guy was, but his past told him that he wasn’t tall enough and that he couldn’t use his height.

He had grown, but he didn’t realize how much.

The same is true for you…

END_OF_DOCUMENT_TOKEN_TO_BE_REPLACED 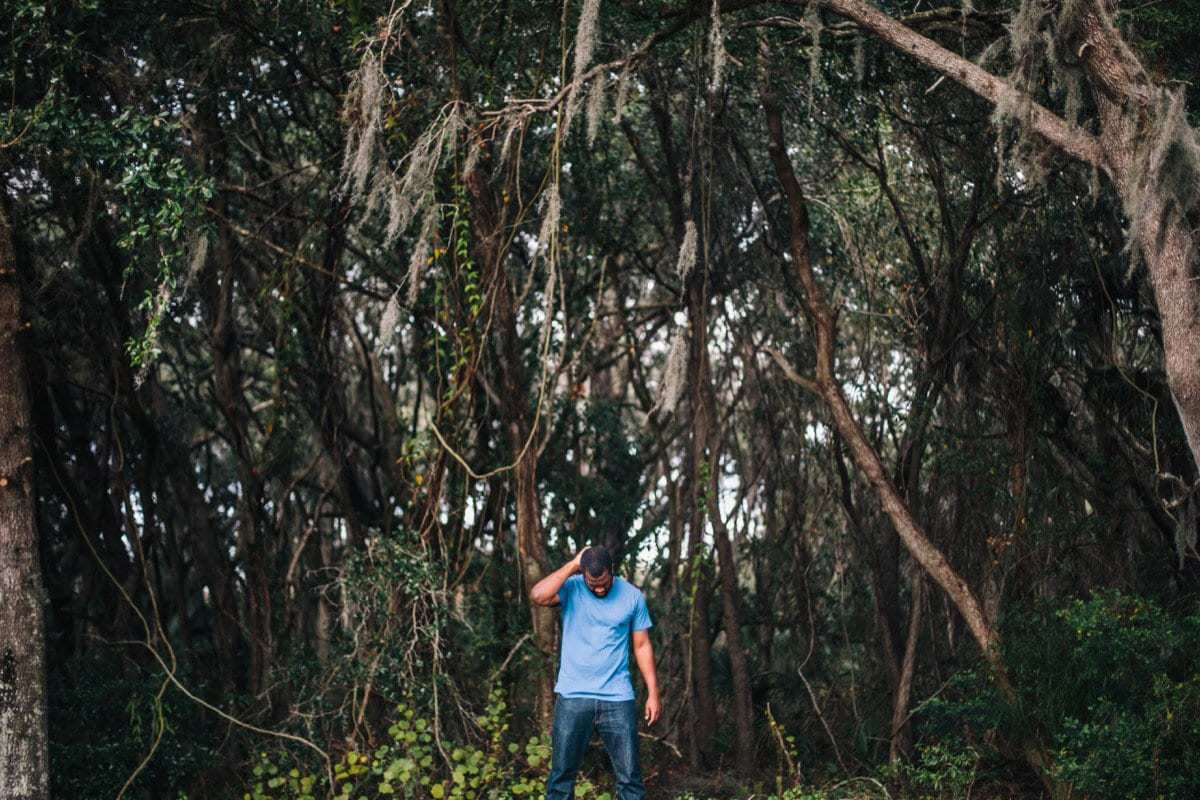 Here’s a frustrating fact of life: you have more desire than you have opportunity to fulfill.

There’s more that you want to do then you’re actually able to do. You can dream all you want, but dreams stay dreams until you take action. And when you take action, you find that your time and abilities can only take you so far.

So what do you do with your unmet desires? How do you respond in the face of the fact that you can’t do it all?

There are too many problems in the world for you to solve them all.

Combine these problems with your dreams of being an astronaut, a rock star, and a genetic engineer (maybe that was only my 6th grade self), and you have a recipe for overwhelmed stuck-ness…

END_OF_DOCUMENT_TOKEN_TO_BE_REPLACED 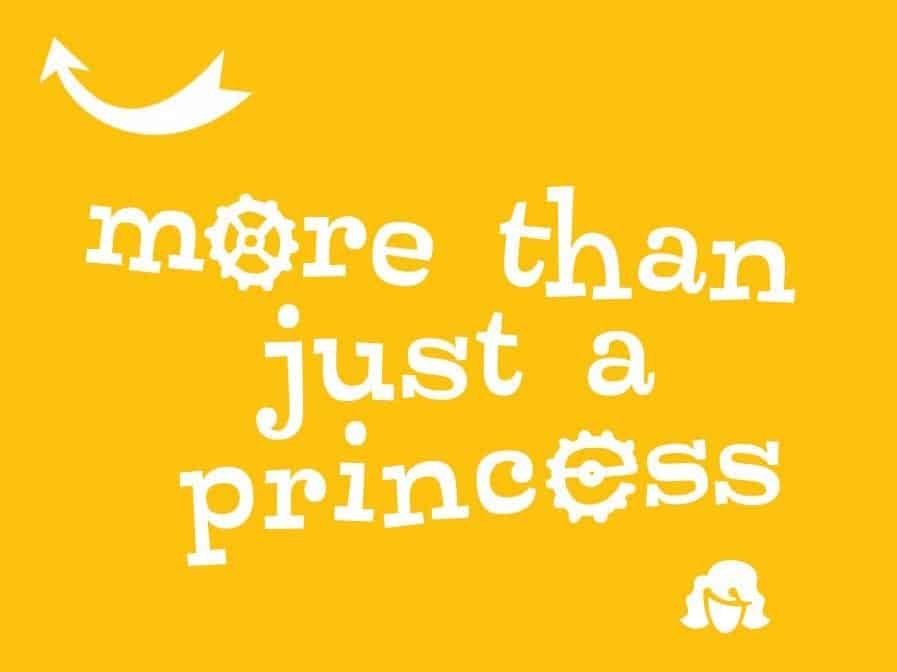 Are you familiar with the toy Goldieblox yet? It’s a toy intended for girls that combines stories with building things. The goal is to helps young girls develop skills in engineering and physics.

It was funded nearly twice over on kickstarter a while back and has continued to grow and expand.

The kickstarter video continues to stick with me.

These are the first lines: “Hi. My name is Debbie. I’m an engeneer from Stanford and I was always bothered by how few women there were in my program, so I decided to do something about it.”

She goes on to tell of how as a child she never really played with toys that encouraged building things. Building toys were “boy toys”, so no one thought to get them for her.